Me and the Man on Wire 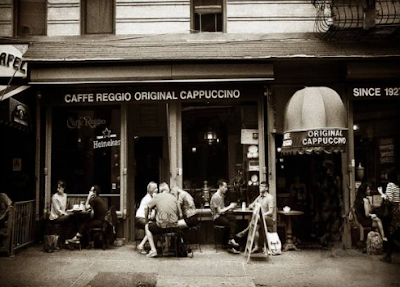 I was sitting there at Caffe Reggio. It’s an old Caffe in Greenwich Village, New York, once the World Center of Bohemia, the Beats and Beatniks. Now? I don’t know what it is now, other than despite the neighborhood going down as a result of greedy New York Landlords that keep raising the price of rents to ridiculously absurd price-points, where only the rich can afford them. Mostly all all the cool old restaurants, cafes, funky boutiques, and record shops have mostly all been pushed out of their stores by insanely high commercial rents that barley anyone can afford. It’s the same for commercial spaces and apartments, people just can’t afford them. Except the rich. But this is not what this is about. How the hell did I go off on that tangent? Oh yeah, I was talking about Caffe Reggio.
Thankfully there are a few good old restaurants, cafes, and nightclubs left, Caffe Reggio is one, merely because the owner of Caffe Reggio (Maurizio) owns the building that he inherited from his father. Lucky him, and lucky us that he owns the building, he loves his historical caffe and has no intention of ever closing it. Who knows what will happen one day when he is gone. Hopefully that day is quite a long way off. It’s a long way off since the time that I, as a young boy of 16 first walked into Caffe Reggio way back in 1974. I was still living in Jersey back then. I was into photography (a hobby) and I used to love hopping on a bus in Carlstadt, New Jersey, and heading into the city (New York, NY). I had always loved the City, ever since the first few times my dad drove in, and we were there, New York City. The place was electrifying to me, a young boy from Jersey, and growing up in 1960’s and 70’s America. I was into all sorts of things as a boy. I loved all sports, and played baseball, basketball, and football all the time. And I do mean a lot. And if I wasn’t watchinging one of the 3 major sports of America, I was watching them on TV, the Met’s, the Yankees, the New York Football Giants, The Olympics, and every Saturday at 4 o’clock for years, I watched ABC’s Wide World of Sports with Jim McKay, Howard Cossell, Frank Gifford, Curt Gowdy, and others. They had all sorts of sports that they broadcasted and I loved them all, from: Boxing, to Skiing, Car Racing, Demolition Derby’s and more.
I loved music, listening to the radio, playing with my friends, watching TV, and going for rides in the car with my Dad. My childhood wasn’t always easy, my mother was mentally ill, and my parents had spit up when we were very young. No it wasn’t always easy, but I was a dreamer and dreamt of big things in my future, and I was always full of hope for things I might achieve.
Let me get back to Caffe Reggio. Well very briefly, I’ll keep it short. As I’ve said, I loved photography, so I loved as a teeanager, hopping on the # 35 Bus and going into the city. The bus would take me into The Port Authority Bus Terminal, and I’d make my way down the escalators to the subway, and hop on an A Train that would take me down to Greenwich Village, where I loved hanging out at Washington Square Park, watching all the street performers (Musicians, jugglers, etc.) and taking pictures with my 35mm Camera, and just having a good time. After I hung out in the park for a couple hours, I’d walk around the Village a bit, shooting some shots and making discoveries. Then I’d head over to Caffe Reggio for my Cappuccino, sit there relaxing, dreaming, and watching the world go by. I just loved it. I thought I was cool. And guess what? I was. Sometimes I’d go to The Riviera Cafe for a bowl of Chili, and to hang out. Again, just watching the world go by. Just a couple blocks from the park, there was a place I loved, called The Unique Clothing Warehouse, that sold cheap funky clothes, some army surplus, and all sorts of funky things that a teenager in the 70s would love. I did. The first thing I ever bought there was  a small Norwegian Army canvas bag for just $1.99, I loved it. It was just the right size to put my camera, a pen, small writing pad, and a few other things into.
Long before my teenage forays into Greenwich Village I dreamed of moving to New York City one day. And in particular, I dreamed of living in Greenwich Village. And guess what? I did. 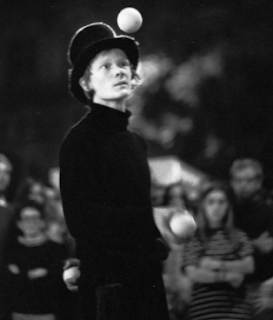 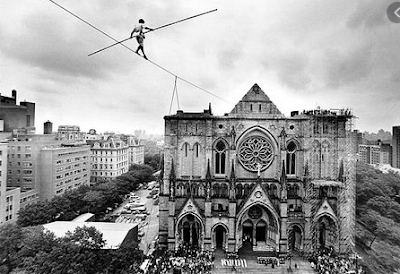 Over The CATHEDRAL of SAINT JOHN The DEVINE 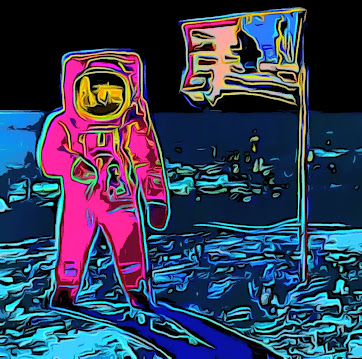