How to Cook the Perfect Burger Recipe Hamburger

The Perfect BURGER by The DUDE

What’s more American than Hamburgers and Hot Dogs? Answer: Nothing! Not even Apple Pie! Doesn’t even come close. Americans probably eat 100 times more Burgers than Apple Pie. This is true of the beloved Hot Dog too, and the reasons The Dude Loves both.    Hot Dogs are one of the easiest things you can ever want to make, and The Dude, Walter, Donny, and Brandt all love them. Bunny too, especially Bunny. Get it? Bunny likes Hot Dogs. “That Slut, she Kidnapped herself,” says Walter.    Donny, as we all know really loves a good In-N-Out Burger, and Carney's too, or Chili Dogs at Pinks. Dude most of the time goes out for a Burger, but he likes makin em at home too. But when it comes to Chili Dogs, Dude prefers them at home, especially since he makes his awesome Cowboy Chili once or twice a month and often has Chili on hand. So the Dude besides making Burritos and Tacos, always makes a good number of Chili Dogs too.
And when Dude makes some tasty Chili he usually invites Walter and Donny over for a couple Dogs before they head over to the Bowling Alley. Walter and Donny do appreciate The Dudes tasty Chili Dogs before or after a good night of throwing Gutters but hopefully mostly Strikes. “Fwehh I’m on fire tonight. Mark it Dude,” (says Donny after throwing a Strike). It’s Good Old Fashion American Fun; Chili Dogs, Beer, and Bowling.    Yes Hamburgers & Hot Dogs, Frankfurters, Weenies, or simply Dogs, millions of each are eaten every day of the week. They are part of the American Fabric, Dudes World, mine and yours, Achievers too.

Cooking them? The Hot Dogs? The Easiest way is to boil them. You can cook them in a frying pan with a little oil, which browns them nicely and is super easy. This is the way Dude most often does them, but he’ll occasionally boil them too, especially when he’s gonna throw on some Cowboy Chili & Cheese. What’s better than that?    Now the Burger, that’s a little more complicated. You’re are dealing with raw meat here. Ground raw meat at that, and you need to cook the Burger according to the way you like them; rare, medium, well done, whatever?

A Hot Dog is already cooked and all you’re doing is heating it up and adding Chili or “What Not.”    The single most important thing with a Burger is that the meat is fresh! “Super Fresh” at that, Dude says. What kind of meat? Well chopped-meat, Ground Beef. Ground Chuck or Ground Sirloin are most popular. And you usually want to get ground beef that has a fat content of between 15 and 20% fat. Twenty percent fat is better for tastier juicy Burgers.    Dude wants you to know the most important thing after freshness when it comes to Burgers is to keep it simple. Don’t mix flavorings like spices and other things into the meat. The only seasonings you need when making a Burger is Salt & Black Pepper on the outside of the beef patty. After the Burgers are cooked, you can add; Mustard, Ketchup, slice raw or sautéed onion, maybe sliced tomato, and lettuce. And of course, a slice or two of Cheese thrown on top is always great. Being a Californian, Dude likes to make a California Burger at times, with a slice of ripe Tomato and Avocado, or a New Mexican, with some good Green Chili Sauce.

But Dudes favorite is a plain ole Cheeseburger or, you guessed it, Chili Cheeseburger now and then, though most often Dude reserves the Chili for the Dogs. And yes, Bacon is always great. After these aforementioned items, if you want more, then you are going overboard and killing a good thing. Keep it simple Dude says. You want to taste of the Beef, and embellished by either a little mustard, Ketchup, onion, and maybe lettuce and tomato, yes, The California Burger, it’s okay.    Burger Size? Dude doesn’t like burgers that are too thick as some like them. The best size is about a half-inch to ¾” thick and round to fit a Burger Bun perfectly or just slightly going out past the bun, just a little. And the best Burgers are cooked on a Flat Top surface in their own fat. Forget about cooking on a hot grill that leaves hard burnt surfaces and you lose the tasty fat when in falls through the grill slots. That’s lost forever! Sad! “The tastiest Burgers gotta be cooked in their own fat,” says the Dude.

At home, The Dude says cooking your burgers simply in a frying pan with a bit of oil added in, is the best and tastiest way to go.    And when serving your burgers at home, you might want to serve some nice pickle spears on the side, along with some Potato Chips. That’s The Dudes favorite way, with some Chips and a couple Sour Pickle Spears on the side. Yummm!!! Make em, Enjoy em, and always Abide, says our Hero, The DUDE.


HOW to COOK The PERFECT BURGER - Dude's Way


The DUDE BURGER Dude says this is Thee Classic Burger. His rendition of an In-N-Out Double-Double that he and Donny developed follows this one (The Dude Burger). As for taste and what not, Dude likes them both. When he’s experimenting a little; throwing on some Green Chili, Bacon, or Cowboy Chili, Dude uses this one. Dude says, try em both. You’ll like.

Divide the Ground Beef into 4 equal parts.
Shape Beef into Patties about ½ inch thick.
Heat a frying pan (Skillet) over medium heat for 3 minutes.
Add oil, and heat 15 seconds.
Turn flame up to high. Add raw beef patties.
Cook 2 minutes. Season burgers with Salt and Pepper, turn the heat down to medium, cook for two minutes..
Turn heat back up to high. Turn burgers over to other side.
Cook for two minutes until Burgers are about medium well, which is the Best way to cook a burger.
Cook a little less if you want a medium Burger and less still if you want your cooked Burger Medium Rare.


BURGER NOTES: To cook your Burgers on the back-yard grill, it usually takes about 6 minutes to cook a Half-Inch Thick Burger depending on the heat of the grill, about 4 minutes on the first side and then you turn the burger over and cook it two three minutes on the second side. Also, make sure not to make the common era of flipping your burger several time. You need to flip it once to get the best results. Yes, just once. That’s it, 1 Tim, and as Roberto Duran would say, “No Mas!”

A good trick for you to know, which most home cooks do not know is that you can use a knife to poke into the center of the burger to see how much it is cooked in the center. If you look into the center and see it is rarer than you would like it to be cooked, then you will know that you have a few more minutes to cook it. This is a great trick to know for all cooking, so get in the habit of doing it as it is one of the greatest pieces of cooking knowledge you’ll ever get. This is particularly good method to use when cooking chicken or turkey to look inside to see if the bird is cooked through or if it is still a little raw and you’ll need to cook it more.

As we have laid out instructions to cook a Burger on an outdoor grill as many like to cook them this way. We will reiterate that personally, we feel cooking a Burger cooked in a pan or a Flat-Top-Grill where the Burger can cook in its own fat is the Best way. It gives the burger more flavor, and the burger gets evenly browned, but if you want to cook the burgers on an outdoor grill, that’s your choice and your prerogative as the Stranger would say.

Note: The above recipe is for 4 Dude Burgers. If you want just one then just use a ¼ of the amount of ground beef, Hamburger Buns, and Cheese. To make 2 Burgers, cut the ingredient amounts in-half.

aka The BIG LEBOWSKI COOKBOOK

The COLLECTED RECIPES of The DUDE

Email ThisBlogThis!Share to TwitterShare to FacebookShare to Pinterest
Labels: HOW to COOK The PERFECT BURGER Recipe HAMBURGER CHEESEBURGER 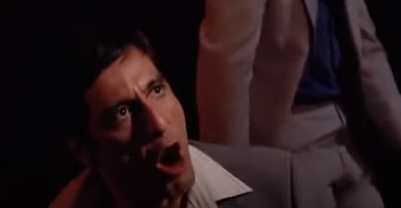