Spam? Yes Spam! Here we go again, one of The Dudes all-time favorites from childhood. His Mom always had some in the cupboard where she would pull some out and serve it up with Scrambled or Fried Eggs if she was all out of fresh Polish Kielbasa, which the Lebowski’s liked best, but they always had a good old can of Spam on hand just in case they needed it. Little Jeffrey really loved the taste and still does till this very day. And like his Mom, The Dude always has a can or two on hand right next to the Tuna in the cupboard. It’s there if he has to make something good and tasty in a pinch. The Dude also always has eggs in the frig, so if he doesn’t have anything else, The Dude always has of course the Tuna, a can or two of Spam, and Eggs, so he can always have a plate of tasty Fried Eggs & Spam. Yumm!!! It’s a good thing to do, so make sure you do as the Dude and always have a can on hand too, along with; butter, canned Tuna, Eggs, and Spam, Ramen, Mustard, and Mayo and you’ll never go hungry. Oh, yes, and you just know that along with Potato Chips and canned Tuna, The Dude subsisted on Spam as one of his main staple-foods during his illustrious college days of yore. The Dude’s Mom was always very kind and considerate during the Dudes college years, sending many Care Packages to her son Jeffrey. The care packages always filled with cans of Tuna, Spam, packages ofSpaghetti, Jars of Tomato Sauce, Twinkies, and Ring Dings. What a nice Mom that Mrs. Lebowski was, and still is to this day. Yes “SPAM?” Spam is somewhat of a social food phenomenon of the U.S., especially in the great state of Hawaii where it is it is as Hawaiian as Apple Pie is American. Spam is a pork based Ham-Type product that was developed during World War II to help to feed both Soldiers and civilians during the Second World War. Spam the brand is not all that economical compared to other meats or meat product. However, used in the proper manner with other ingredient and compared to going out to eat a Breakfast or Lunch out, the use of Spam or other similar product can prove to be quite inexpensive and a great saver of Money, something the Dude always keeps in mind when shopping and cooking his meals. The price per pound of Spam does make it a bit expensive compared to buying a larger piece of real ham or a fresh piece of pork. The latest price we’ve seen was $3.59 for a 12 oz. can. There are other products that are almost the same as Spam and cost far less, and The Dude usually buys a brand from Holland that you can get in most markets in Chinatown in LA or New York for $1.59 for the same 12 oz. can. A savings of $2.00, that’s quite good. One of the best meals to make from Spam and one of the Dudes personal favorites, is to slice and fry two pieces of Spam and serve with either dry-seasoned Ramen Noodles and or two Fried or


So as the Dude has already pointed out, simply frying up some Spam and a couple eggs is one of his favorite of all his Spam-Dishes. Fried Eggs or Scramble depending on The Dudes mood, these are all good for The Dude in whatever mood. Also pretty much the same thing but on a roll is a Spam and Egg Sandwich. You get yourself a nice Hard Roll (or Bread), fry up a couple slices of Spam and fry or scramble 1 or 2 eggs, plop them on your roll or between two slices of bread and “Voila” you’ve got yourself a tasty Duder Spam & Egg Sandwich. And yes if you want to Guild the Lilly as they say, yes you can throw on a slice of cheese.

This one on an English Muffin

Supposedly there are tons of ways to cook and utilize Spam. There are books written on the subject. Booklets anyways. Dude knows this, but he likes to keep it simple and the few Spam preparations he makes are so tasty and satisfying, the Dude doesn’t see any reason to mess with a whole bunch of others. So the Dude eats the Spam in two different ways, either as is in the just mentioned sandwich, simply 2 slices of Fried Spam with 2 eggs, or he throws Ramen into the mix, in which he’ll have on a plate, a portion of Ramen seasoned with salt, pepper, and Sesame Oil, 1 Fried Egg, and a slice or two of fried Spam. That’s it, nice, simply, and easy, and of course, tasty as can be. Walter likes em too, as the Spam in the can reminds Walter of his days in “Nam,” (Vietnam) and the K-Rations the soldiers were given to eat in the field.

Dude invented this tasty little dish one day when he was hungry for mid-afternoon lunch. He made it with some favorites that he always has on hand; Eggs, Spam, Peas, and Ramen Noodles of course. It’s right quick (12 minutes) to make and tasty as can be, and you know The Dude just wouldn’t have it any other way. INGREDIENTS : 1 package Ramen Noodles 1 Extra Large Egg 2 slices Spam ¼ cup frozen Peas 3 tablespoons Olive Oil, Salt & Black Pepper ¼ teaspoon Maggi’s Sauce, 2 tablespoons Sesame Oil Hot Sauce, optional Cook Spam in olive in a frying pan, 2 minutes on each side until nicely browned over medium heat. Remove Spam from pan and set aside. Beat an egg in a small bowl with a pinch of salt & pepper and cook in the pan the spam cooked in until eggs are cooked through. Cook Ramen in boiling water according directions on pack-age. Cut Spam into small squares and add to pan. Add peas to pan and cook 1 minute. Turn heat off. Drain Ramen from water and add to pan. Add Maggi’s Sauce and Sesame Oil to pan. Season with salt and pepper to taste, mix all ingredients and serve.

Recipe in GOT ANY KAHLUA ? aka The BIG LEBOWSKI COOKBOOK

Email ThisBlogThis!Share to TwitterShare to FacebookShare to Pinterest
Labels: SPAM AND EGGS RECIPE 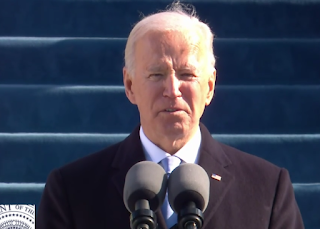