The Nastiest Summer Ever 2020 Pandemic 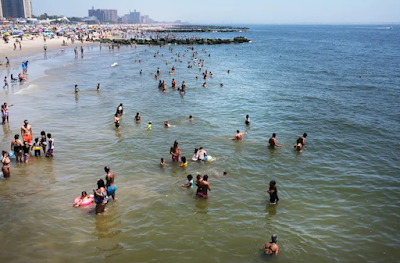 Trying to Beat The Heat in The Most Brutal Summer

THE MOST BRUTAL SUMMER

The Most Brutal Summer? It was 2020. And the year 2020, a year millions of Americans will never forget, how could we? It was the year of the Covid Virus. We were in a Pandemic, and the whole country shut down on March 15th. All of the so-called non-essential businesses were shut down, and people were told they should stay home, and only go out when necessary, more or less to buy food and toilet paper. Toilet Paper? IN the year 2020 toilet paper was like gold. There were Toilet Paper Shortages, along with Hand Sanitizer, Surgical Mask, and Lysol Disinfectant, there were many shortages, millions of people were instantly unemployed, people were getting the virus, people were dying. The Pandemic of 2020, it was our generations Plague. No one had seen anything like it since the Pandemic of 1918 when The Spanish Flu (Influenza), when ⅓ of the World’s population (50 Million) contracted this deadly virus. It’s estimated that 17 to 50 million people died. One Hundred-Two years later, the United States, and the World has been hit with another deadly pandemic, and the way things are going (0ver 140,000 Americans dead as of July 26, 2020), it looks like we (Scientists, etc. ?) haven’t learned nearly enough about how to control a pandemic and keep it down, “it’s out of control,” so many people are dying, or seriously ill, it’s really terrible.

At one point, New York City was the epicenter of the World, the place worst hit by this horrible virus. Trump called it the Chinese Virus. Yes, we were hard hit, at one point in april 700 to 1,000 New Yorkers were dying a day. Morgs were so over-loaded that they had to put the bodies of poor dead souls into refrigerated trucks, no one alive had ever seen anything like it. There was a shortage of medical help, and nurses and doctors were working around the clock. They were risking their lives to save people. Some of these brave nurses and doctors ended up losing their own lives. Every night at 7 PM New Yorkers went to their windows and clapped because we cared, in a small show of acknowledgment and appreciation for doctors, nurses and other front line workers, those working at grocery and drug stores, and delivering food and what-not. We clapped, rang bells, yelled, and banged on pots every night at 7. The city was desolate, people were inside, most businesses like restaurants, bars, cafes, banks, gyms, rNarbers SHops and Beauty Parlors, and all retail stores were closed down. Most people didn’t leave their homes, just once or twice a week to go buy groceries. I wasn’t one of them. Me, I couldn’t stay inside day and night all cooped-up by myself. I had to get it, get my coffee, fresh air. I went outside, but I was very careful, I wore my mask, I kept away from people, I always had my hand-sanitizer with me and used it often, but I had to go out and get my coffee, fresh air, that’s all I asked for. And yes food. But I didn’t have food delivered like a lot of people, I cooked almost every meal, 3 meals a day, everyday of the pandemic. Well, almost everyday. There were a couple times when my pal Jimmy said, get some sandwiches and go drink a bottle of wine in the park. This we did a few times during the pandemic. Hey we had to do something, people were getting tired of being all cooped up and not seeing people, their friends and family. We’d get a sandwich at Faicco’s (one is enough for 2), we’d go to a park in Greenwich Village or Soho, eat our sandwich, sip some wine, and chit chat about all the craziness in the World, the Pandemic, about work, we were both un-employed, what was going to happen with our jobs, the economy, the World. When was it going to end? There were a lot of questions. Serious ones. The World had changed, it’s changing now, it will be changing, the so-called “New Normal,” getting tired of hearing that one. Getting tired of hearing a lot of things, people dying everyday, the economy, this-that-and-every-other-thing. “Help!”

When a black man, George Floyd was killed by a police officer in Minneapolis, Minnesota on May 25th 2020, that was it. People shot video of the incident of Derek Chauvin with his knee on Mr. Floyd’s neck for almost 9 minutes, with Floyd crying “I can’t breath,” pleading for the officer to stop, but Police Officer Chauvin continued to kneel on his neck. George Floyd cried, “Mamma, Mamma,” he really couldn’t breath, and the life just left his body. He died, murdered by a white police officer, as the other three police did nothing to stop Chauvin from this excessive force, as Floyd was hand-cuffed and he was on the ground. There was no need for a knee on his neck for 8 minutes and 46 second. George Floyd was murdered.

That was it. Following the killing of Georg Floyd, protest against this killing, and the fresh memory of others sparked a revolution. Protested erupted all over the country. People took to the streets in more than 140 cities around America, against police violence against black men. Some protests were peaceful while others had; looting, vandalism, and violence against police. But there was a pandemic on, and it had not stopped, it was in full force and people were taking to the streets in large groups of hundreds and thousands of people, at a time when people were supposed to stay 6 feet upart from one-and-other and not congregate in groups of more than 10 people at a time; protesters were in groups of hundreds and even 2 thousand people at a time, all next to each other, on top of one and other, not social distancing as we were told was vital to stop the spread of the deadly Covid 19 Corona Virus, people were, protesting, looting, and spreading the deadly Covid 19 Virus. “Hello?” What’s wrong with you people? Are you out of your mind? These protests created quite a bit of bad feelings all across the country. Police were attacked for no reason, simply because they were officers of the law. And the insane notion of disbanding police departments, is something only a madman would think of. Yet it was happening. We were in the middle of a horrible, horrible pandemic, with 700, 800, and up to 1,000 people dying in a single day in New York, we didn’t need all this other crap too. I live in Greenwich Village in, New York, and I’ve never seen so many complete and total asholes in my neighborhood in the entire 38 years I’ve been living here. “Go home,” is all I wanted to say, “get out of my neighborhood. There’s a pandemic going on you fools. It was quite horrible for almost 3 weeks, but the intensity and number of protests and looting finally subsided. “Thank God,” but then the horrible intense heat starts. Haven’t we had enough?

It’s been around 90 degrees or more for the past 5 weeks, with hardly any let-up other than about 4 measly days out of about 35, it’s really brutal. The worst, hottest, nastiest Summer I’ve seen on my 62 years on the planet. “Hello? We’ve had enough already.” And the pandemic goes on. We’ve go the numbers going down to where we’ve been at a really good point of only about 1% of people being tested and testing positive for the CoronaVirus. This is good. And less than 10 deaths a day, down from 700 to 1,000 a day at its worst in New York. But the numbers are up in about two-thirds of the country. Over 144,000 in America, and people are still dying. When is it going to end? Scientists are working feverishly to come up with a Vaccine against the virus. It’s our greatest hope to defeat this thing. Our economy is in the Shitter right now, we all want to get back to work, kids need to go back to school, we want to get back to normal, if we ever can. They say the new normal, what’s that gonna be? A lot of un-answered questions and un-certainty, “we just don’t know what’s down the road,” and we are in the midst of the most Brutal Summer ever, and we just don’t knowwhat’s in store in the future, near and distant. Will things ever be the same? I doubt it, and I just can’t wait for the Most Brutal Summer to end. The Summer 2020 … 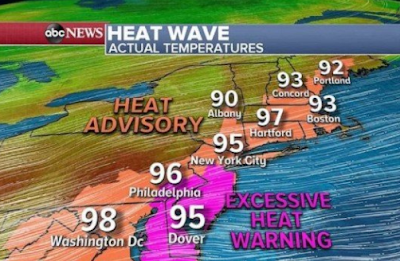 "IT'S BEEN NASTY for Almost 5 WEEKS NOW"

Email ThisBlogThis!Share to TwitterShare to FacebookShare to Pinterest
Labels: THE NASTIEST SUMMER EVER 2020 PANDEMIC COVID19 CORONAVIRUS