Kanye Kicked Off GRAMMYS SUCK The 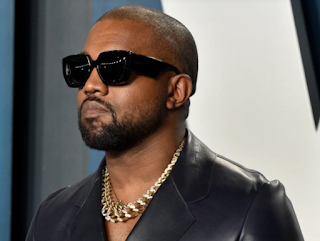 KANYE WEST
"KICKED OFF The GRAMMYS"
His So-Called Music "SUCKS"  !!!
The GRAMMYS SUCL !!!
Why ???
CAUSE NOBODY MAKES GOOD MUSIC ANYMORE
The MUSIC of The 21st CENTURY SUCKS !!!
And SO DOes KANYE
Or YE, or WHATEVER The FUCK He's CALLED
Basta !

But now Kanye, 44, has been removed from the Grammys lineup, a source told The Blast.

According to an informant close to the Yeezy founder, his team received a phone call on Friday informing him that he would no longer be performing at the awards ceremony.

The source continued on to say that the Grammys “unfortunately” made the decision “due to what they deem to be concerning online behavior.”

KANYE West's Grammys performance has been canceled amid his public war against his ex-wife Kim Kardashian and show host Trevor Noah.

Kanye's removal was also instigated by his beef with Trevor Noah, which began when the comedian spoke out about his divorce from Kim Kardashian, 41.

He said during his Tuesday The Daily Show segment: "I'll be honest with you — what I see from the situation is a woman who wants to live her life without being harassed by an ex-boyfriend or an ex-husband or an ex-anything.

"You may not feel sorry for Kim because she's rich and famous, because she appropriates Black culture ... but what she's going through is terrifying to watch and shines a spotlight on what so many women go through when they choose to leave."

Shortly after, Kanye clapped back via Instagram in a since-deleted post, re-writing the lyrics to "Kumbaya" as "k--- baya my lord," a slur that refers to a Black person who rejects their ethnicity.

The father of four's post resulted in a temporary ban from Instagram, as Meta confirmed to Entertainment Weekly that his behavior violated their policy on hate speech, bullying, and harassment and that he was restricted from posting, commenting, or sending direct messages for a 24-hour period.

Trevor attempted to reconcile their quarrel with a comment on the musician's post, reading: "You're an indelible part of my life Ye.

"Don't ever forget, the biggest trick racists ever played on Black people was teaching us to strip each other of our Blackness whenever we disagree. Tricking us into dividing ourselves up into splinters so that we would never unite into a powerful rod."

Sources also revealed that Kanye and his team were not surprised by the Grammy's decision.

Despite the snub, the rapper has been nominated for Album of the Year for his wildly popular Donda.

Kanye has yet to address his canceled performance.

The record producer has been embroiled in drama surrounding his split with Kim, ignited further by her blossoming relationship with Pete Davidson, 28.

Despite months of social media outbursts and attacks directed at the SNL comedian, a source recently told The Sun: “Kanye wants to go for full custody of the children.

KANY MAKES a FOOL OUT of HIMSELF
"AGAIN" !!! 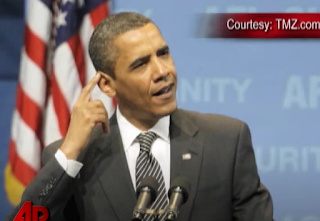 EVEN PRESIDENT OBAMA Calls
KANYE a JACKASS
So VERY TRUE
Pete Davidson on Kanye West
After Kanye makes a Fool Out of Himself. AGAIN !
On SATURDAY NIGHT LIVE
SNL
KANYE WEST on DONALD TRUMP
On KIMMEL SHOW