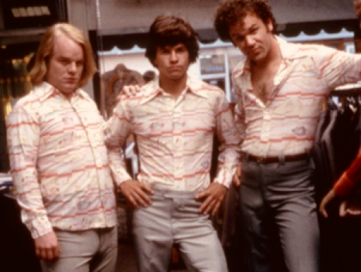 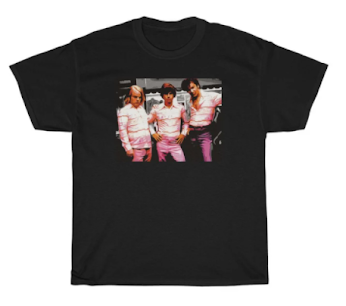 DIRK SCOTTY & REED
TEE SHIRT
BOOGIE NIGHTS
The BOGGIE NIGHTS T-SHIRT
BOOGIE NIGHTS, Scotty Dirk & Reed T-Shirt. "You gotta Love it" !!! This was an awesome film by Paul Thomas Anderson. You know the film, you know these 3 Great Stars and the wonderful performance they put forth. This Tee SHirt was created by the artist Bellino from his original painting of a movie still of the late great Philip Seymour Hoffman, Mark Wahlberg, and John C Reilly. As in many instances in the film, this is comic, without meaning to be so, yet it is. These gouys go shopping, and all buy the same shirt. All three actors were great in their roles, but we must pay special tribute here to the late great Philip Seymour Hoffman and his great acting abilities, including Hoffman's portrayal of Scotty, which was a small role, yet Hoffman nailed it. As usual. As we all know, Philip tragically died far too soon at a relatively young age. Hoffman was without quetion one of the great actors of his time, highly respected by his peers, critics, and savvy film buffs who knew just how great of an actor the man was. In his role as Scotty, Hoffman showed his versatility as an actor of great range, as unlike many actors who it seems play the same role over and over again, all of the characters that Hoffman played, were all quite different from each other, as with Scotty in Boogie Nights, Brandt in The Big Lebowski, his role in Charlie Wilsons War (awesome), and just about all of the roles he played. RIP Philip.
Not to leave the other actors out of the picture, it seems as though this movie propelled Mark Wahlberg into the higher stratta of jis career and acting abilities, as Wahlberg turned in a stellar performance playing Dirk. John C Reilly was quite good as well, and a fine performances from : Burt Reynolds. Don Cheadle, and the always outstanding William H Macy.
This Awesome Shirt makes a GREAT GIFT For :
Christmas, Birthdays and all occassions. "GET Yours Today" !
"A COFFEE MUG TOO" 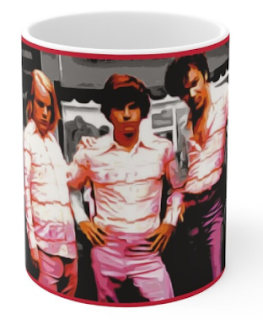