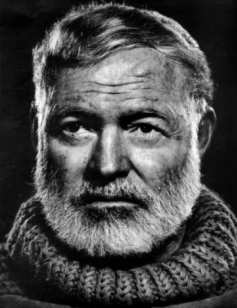 Ernest Hemingway
"PAPA" Tee Shirt
Ernest Hemingway served in World War I and worked in journalism before publishing his story collection In Our Time. He was renowned for novels like The Sun Also Rises, A Farewell to Arms, For Whom the Bell Tolls and The Old Man and the Sea, which won the Pulitzer Prize in 1953. In 1954, Hemingway won the Nobel Prize. 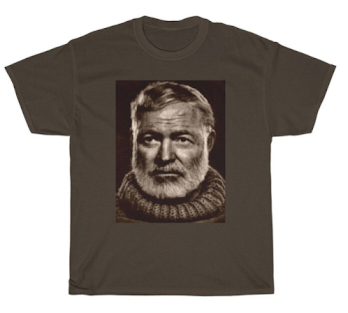 HEMINGWAY T-SHIRT
The Papa Hemingway Tee Shirt by Bellino. Ernest Hemingway was a Giant of a Man. Considered by many, along with Mark Twain, one of America's greatest writers. Ernest Hemingway was the author of such great novels as: A Farewll to Armes, The Old Man & The Sea, The Sun Also Rises, For Whom The Bells Tolls, and stories like: The Snows of Kilamanjaro, Hills Like White Elephants, The Killers, and Indian Camp. Hemingway was in the amulance corps in World War I and was injured in Italy. He was known as a great sportsman, boxer, fisherman, and hunter. This awesome t-shirt "Papa Hemingway" is sure to please andy and all fans of the late great Ernest Hemingway. Get yours today. 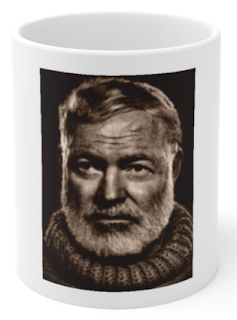