The Importance of Coffee .  It's really up there. High on The Importance Scale that is. Most people wouldn't think about it that much, they love it, their morning coffee, but it's probably just one of those things, you do it every day and so much, you don't think about. Hey, but take that coffee away, and believe me you will.

On the evening of October 30, 2012 a Hurricane hit New York, and hit us hard. It was Hurricane Sandy the biggest hurricane to ever hit New York City. It caused much destruction with its hurricane force winds, flooding and the Atlantic literally sweeping homes away, in New York and New Jersey. In New York, Staten Island and The Rockaways got hit the hardest, many people losing their homes.

In Manhattan we didn't have it quite as bad, but things did happen. I was back in my apartment in Greenwich Village after spending the day out at two separate trips to Caffe Reggio on Macdougal Street and a stop at Bar Pitti for a little lunch and a chit chat with Giovanni. Caffe Reggio and Bar Pitti were two of only a few businesses to stay open new my house. Well after my second trip of the day to Caffe Reggio where I spent 2 hours each trip it was back to my apartment at around 8 O'Clock. I was watching TV, Hurricane New Coverage of course when about 8:55 PM my lights started flickering. Oh No I said. But the lights stayed on. Five minutes later they were off. That ws it, we lost Power. Well I wasn't gonna stay alone in the dark. I got dressed and went downstairs to see if Bar Pitti was still open. Hell Yeah! They were. They were open, the lights when out, and the Emergency Battery Powered Lights that all restaurants, bars, and most buildings are required to have. Apartment buildings are required to have them in the hallways. We have them in my building. Guess what? They weren't working. No big deal, I had my flashlight. Anyway, they had lights at Bar Pitti, food, wine, and gas to fire the stoves. I had a bowl of soup and a glass of wine, hung out with Giovanni (the Owner of Bar Pitti and a friend) and the waiters, we chit-chatted, drank wine, and listened to the news. Apparently we lost power because a Con Edison Power Sub-Station on 14th Street was flooded from waters from the Hudson River over flowing the banks from the storm surge. The transformers inside blew-up, and the power went off. Well the power was off below 39th Street that is. Everyone above 39th Street had power (Lucky SOBs), we didn't.

So I Hung out with Giovanni and the boys at Bar Pitti for two hours. The batteries finally died on Bar Pitti's Emergency Lights, it was 11:30 and time to go home. Boy that was a Godsend having Bar Pitti open and a place to go for a couple hours, kill some time and be with people.
So I went back to my house. I listened to the news on this massive Hurricane on my iPod-Touch until the batteries died, and was bummed that I didn't have batteries for my portable Radio, which would have been a big thing to have. I did try to get batteries before the storm hit, but every place was out of size D batteries, so I couldn't.

Well I fell asleep sometime around 1 Am I think. I got up at 8:30 .. No electricity and no hot water, but I did have gas and cold water, so I boiled water and took a sponge bath, made a good ol Peanut Butter and Jelly Sandwich, got dressed and went outside to see what was going on. I made a beeline to Caffe Dante, then Once Upon a Tart and all nearby delis to see if anyone was open and selling Coffee. I didn't have any power at home, no TV, no Radio, but I wanted my morning Coffee, there was none to be found. I walked over to Cornelia Street and saw my buddy Jimmy B and Charlie outside. We BSed for about 15 minutes and I told jimmy I was heading Uptown were there was Power. I figured I go find a Starbucks above 39th Street get a Coffee and maybe power up my Cel Phone and Laptop, if possible. I don't really like Starbucks (too Commercial) but I'm gonna tell you in a minute why I can't stand those SOB's now and how they let New Yorkers Down during Hurricane Sandy.

So I said my good-byes to Jimmy and Charlie, wished them well and started making my way up town. It was raining lightly as I made my way up 6th Avenue in Greenwich Village. I was heading uptown in search of Coffee, Food, and Electricity. I had been walking about 10 minutes when i came across a newly opened Coffee Shop (In the old Joe's Diner space on 6th and 12th) that was open and selling Coffee. Right On! I got a coffee, sat down and relaxed. that was nice. I sat there about 12 minutes chatting with people about the storm, this-and-that.
After about 12 minutes relaxing at the coffee shop and sipping coffee, I was on my way again in search of food and electricity and more coffee. As I walked up 6th Avenue, you'd see someone every now and then holding a cup of coffee, or several cups, and people would go up yo them and ask "Where'd you get the Coffee?" Everyone wanted Coffee, and people started realizing just how important and meaningful that little cup of Java is in their lives, especially when you can't get it. You realize!

Well that day I had quite an Odyssey, and Odyssey in Search of Coffee and Electricity. The Odyssey took me from my neighborhood (Best in The City) of Greenwich, up above 39th Street and Midtown, in search of you know what. Well I'm not one of the masses who loves Starbucks, for me it's just the opposite. I don't like Starbucks and avoid it like the plague. Starbucks is the McDonalds of coffee shops and I've always preferred one-of-a-kind independently owned Cafes, and I've been going to them way before the first Starbucks opened its doors. Now, that, said, I do go to them now and then, but just out of convenience when there is no other better alternatives around. Starbucks does come in handy. Anyway, this day I was actually looking to specifically go to a Starbucks. I didn't know which one, but I did want to go to Starbucks that day. Yes, no electricity below 39th Street and my plan was to walk up to Midtown, above 39th, find a Starbucks that was opened, get a coffee and hopefully be able to get a Electrical Outlet and charge my Cel-Phone battery and maybe my Laptop. I knew that everyone else would want to be charging up but at least I'd get a nice hot cup of coffee. "Not!" I walked all around, passed about 10 Starbucks, and guess what? Not a one was open. OK, my usual Cafes in my neighborhood of Greenwich Village / Soho we not open. They couldn't, we had "No Electricity" downtown, that's why I went uptown, they had electricity and there should be some Starbucks open, "Not," again. There wasn't a one open. Those "Bastards" let us down. Starbucks, SOBs! OK, I realize there was a Hurricane and some people maybe couldn't get to work. OK. But with more than 50 Starbucks above 39th Street those "No Good SOB's" should have been able to organize some skeleton-crews and open at least a few Starbucks in a time when New Yorkers Needed Starbucks most, those SOB's let us down. Yes, "Starbucks Let New York and New Yorkers Down." They could have opened a few of their shops, when the comfort of hot Coffee and a place to go would have been so greatly appreciated, it would have been like a great Public Service to New Yorkers, but No, "Stabucks Let New Yorkers Down" when we needed them most, Starbucks was not there for us, New Yorkers. OK, enough of this already, I hate those Bastards, and will never forget when we needed them most, "Starbucks Let New Yorkers Down."

Now, back to my great odyssey. OK, no Dam Starbucks like I planned. I'd have to find some other options. Well, now that I think about it, maybe Starbucks did me a favor, as my options turned out way better than any time spent at that "Giant Commercial Sanitized Conglomerate Stabucks" could have ever been. So I looked all over for a Starbucks to go to, didn't find a one, they were "all Closed," SOB's! So I'm in midtown I figure I might as well go over to my workplace, maybe someone is around. So I walk over to East 49th, get to my job, nobody is around. OK? It's near the Waldorf so I figure let me go over there, Cha-Ching !!! I hit pay-dirt! The Waldorf is open, and it's jumpin, people are all over the lobby, sitting  in chairs or on the floor (nice comfortable thick Rug) and they're "all Plugged-In), their laptops and cel phone. Right on! I do the same. Found a free outlet and plugged in. My laptop first, then my cel.

I Begin My HURRICANE SANDY ODESSY

Walking around GREENWICH VILLAGE and Soho

Before headig up to Mid Town to get COFFEE . Food ?

A place to hang (The ALGONQUIN HOTEL and WA:DORF ASTORIA)

It was quite the day.

GOT ANY KAHLUA ?
BEING TONY BOURDAIN 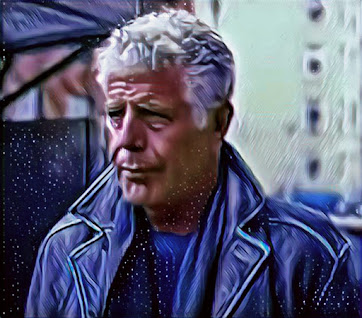 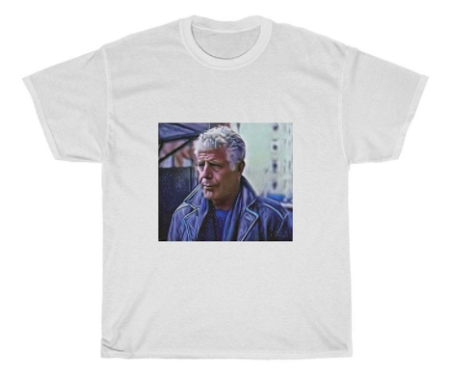 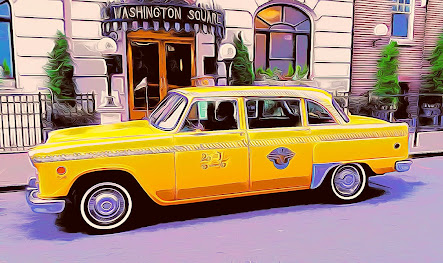