It's Not Just ELTON But The Whole Industry. "WHAT The FUCK?" This is WRONG ! Plain and Simple. Don't these People (Rock Stars) have a Heart? Sorry, I Love them. I Love my music. I Love R&B and ROCK & ROLL, but it's just been outrageous, the prices these people have been charging for the past 15 Years or so? Again, "WHAT THE FUCK GUYS?" Don't you have a Heart?
Elton John just announced that he will be extending his Goodbye Yellow Brick Road Farewell Tour to four separate venues in the New York / NJ Metropolitan Area in 2020. Elton John will be leading off his New York Area Tour Dates in Manhattan at Madison Square Garden on April 6th and April 7th 2020 .. He will follow these MSG Concerts with two nights at Brooklyn's Barclay Center on April 10 & 11, then move on to Newark's Prudential Center for one night on April 15th before heading over to Long Island to perform two nights at Nassau Coliseum on April 17 & 18th. Thank You Elton. "You know we all Love you here in New York and are quite excited and happy that you will be playing all these dates, giving New Yorker's, Jerseyite's and anyone else a chance to see you one more time. "I know I'm dam excited, a chance to see another legend, after seeing numerous ones over the years, like: George Harrison, Ringo Starr, Paul McCartney, The Allman Brothers Band, The Rolling Stones, Frank Sinatra, Dianna Ross, Crosby Still Nash & Young, BB King, and a few others, now I get to go see you Elton, live and in concert at New York's Madison Square Garden. I can't wait.
I just heard the news today, and I'm already psyched, cue-ing up your music, listening to such songs as Tiny Dancer, Levon, All The Girls Love Allice, Harmony, Funeral For a Friend and more. All the great hits and more. I've been listening to your music ever since Madman Across The Water came out, I Loved it, and it was one of the first Rock Albums I bought way back in 1971. I bought the album at the music store Tomko Brothers in Rutherford, New Jersey. Boy these kids these days, don't know what they're missing, not being in the culture of buying albums, as we , did back int the 1970. The Beatles, The Rolling Stones, Led Zeppelin, Jethro Tull, or Elton John would come out with a new album, you'd save up your money to get it ($4.99), go down to the record store and get your copy. You'd bring it home, tear off the plastic wrap, check it out, put it on your record player (stereo), and read the liner-notes as you listened along in teenage bliss. "Ah, the Good Ol Days." Yes these kids today don't know what they're missing. And we could afford to got to concerts back then. Well this is a great complaint of mine, and millions of others. The price of concert tickets these days are obscene. What The Fuck?" They are outrageous! People can't afford to go to concerts . You have to be Rich. This isn't fare. I wish some of you guys would do something about this, it just isn't fare. Elton, you've got millions. Wouldn't you consider or think of working people who want to see you but can't afford the ridiculously F-ing High Prices of Concert Tickets. I'm going to pay the price, it's a lot for me, but I will pay, I want to go to see you for once, but the prices are just not fare at all. When I was a teenager, and I worked hard and paid for tickets myself to got o concerts, the average price was about $12. The average weekly wages for the average American was about $300 a week in 1974. The average weekly wage is just $700 in 2019, meaning the average weekly wage has gone up just a little more than two times. Not much! Yet the insane prices of Concert Tickets have Skyrocketed to average of $175 per ticket, or about 14 TIMES What they used to be. Wages increased by 2 Times, concert tickets increase 14 Times in the same amount of time. there's something wrong here? Is it GREED? Again, "WHAT THE FUCK?" Plain and simple, this is wrong. Can you here me ROCK STARS ?
I know what some people might say, "if you don't like it, don't go." Well, this may be true, but then again maybe not. What do you think? Let us know. We want to know. Leave a comment. Make your voice heard.

ROLLING STONES Tickets Average Price $249
Yes, The Stones No Filter Tour. My friend Mireya and I were talking about the Rolling Stones one day, about how we both loved them. Yes talking about, Mick and Keith and the music and how great it was, when my friend Mireya said, "if they come around and play a Concert, I want to go with you." As fate would have it, it was just a couple of weeks later that The Rolling Stones announced that they would be playing some concert dates in 2019. This was in December of 2018 when they announced the concert dates, and they would be playing Metlife Stadium in East Rutherford New Jersey on June 13, 2019. I saw Mireya the next day, and told her. She immediately got on her phone and on to her ticket app and bought us tow tickets. "Yee-ha, awesome, we're going to go see The Rolling Stones," live and in concert, Mick Jagger, Keith Richards, Ron Wood, and Charlie Watts, "her we come!" Can't wait. Mireya said, don't worry, I've got it (she was Buying the tickets - on her). But I couldn't let her pay for the tickets, I had to get her back. So we went to the concert and had an awesome time. Hey The Rolling Fucking Stones! But yeah, the tickets were not cheap. I got to get her back, and so yes, I told Mireya, we'll find another concert and I'll pay for those tickets. And so now, Thursday September 18th, 2019, I just heard today that Elton John has added concert tour dates to his Goodbye Yellow Brick Road Farewell Tour and will be playing 7 concerts in the NY Metro area and will be at MSG on April 6 & 7, 2020, and so I will be buying tickets  to pay Mireya back for taking me to The Rolling Stones Concert where we had a most wonderful time. My cousins the Macri's all went, and cousin Joe rented a party bus for us to go to Metlife Stadium, and we had a tailgate party in the parking lot and we all had a great time.
So now, I will be getting two tickets to see Elton John at Madison Square Garden. 500 Bucks! "What The Fuck?" Well I'll pay the price. I have two. It's not often you get to see a Legend, and in 10 years from now, there will not be any of these great Rock N Roll Stars playing Concerts any longer. The Stones, God Bless Then have been keeping it going for ever, but it can't be that long off when they will finally hang it up, and not do any more live shows. It just won't be possible. This is after all, Elton's Farewell Tour, and he won't be playing any longer. Well, maybe? You never know? People have been known to change their minds. The great Frank Sinatra did, and thanks to him coming out of retirement I was so fortunate to see him 7 times, and at more than reasonable price (only $25 to $40). Yes, imagine that? I never paid more than $40 to see the great Frank Sinatra perform live. Even still, if the price of concert tickets stayed in line with the average working persons weekly wages, if Sinatra was alive and performing today, and the ticket prices were in-line with wages, the average price of a Sinatra Concert ticket would now be about $85 to $95, not $175 to $295 to $500 or one-thousand dollars are more like they are today, "What The Fuck?" 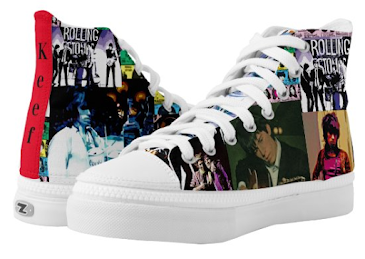 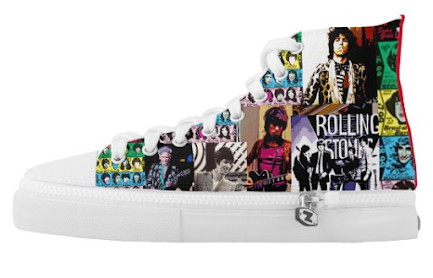